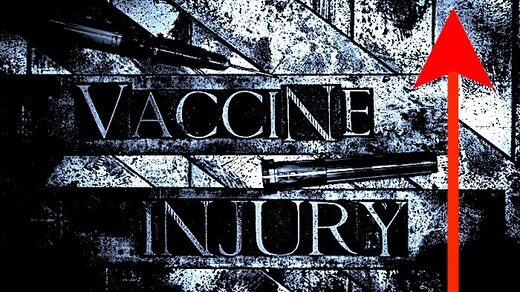 Just how many people were injured by the shots? We don't know, and our government has no desire to find out. But a torrent of new data demonstrates that it's exponentially more than any adverse event reporting system is showing, and the number of severe reactions could be millions in each large country.

According to Mitteldeutscher Rundfunk (MDR), a public broadcaster in Leipzig:

"The number of severe complications after vaccination against Sars-CoV-2 is 40 times higher than previously recorded by the Paul Ehrlich Institute (PEI). A study with around 40,000 participants by the Berlin Charité concludes. 'One result: eight out of 1,000 vaccinated people struggle with serious side effects.'"

This is a very strict criteria and only includes symptoms that last for weeks or months and require medical attention. Yet the researchers believe that adverse events were underreported by a factor of 40 and that nearly 1% of people experienced this degree of injury from the shots. Roughly 179 million doses are administered in Germany.

These numbers also harmonize with the survey from Israel's health ministry, which showed:

0.3% of all Israelis who got Pfizer boosters reported being hospitalized within 30 days and 0.5% reported Bell's palsy, in addition to 4.5% reporting some degree of neurological side effects.

If the numbers were this high just for the boosters, in totality (including all doses) the numbers were probably higher, which would corroborate the number of 0.8% experiencing severe reactions reported by the new Berlin Charité study.

If you extrapolate a rate of eight severe reactions per thousand vaccinated people, that would add up to over 2 million people in the United States severely injured. And again, these are just the injuries that are somewhat apparent in the short term.

Put another way, if we apply the underreporting factor of "severe adverse events" in Germany to VAERS in the United States, where 99,537 people have reported checking into an urgent care following the vaccine, that number could be as high as close to 4 million. As of now, there are 61,106 reported vaccine-related hospitalizations in the U.S. since the start of the vaccination campaign. Using an extrapolation of an underreporting factor (URF) of 40 for VAERS data - aligning it with the estimated URF of Germany's reporting system - that would peg the total number of vaccine-related hospitalizations at just under 2.5 million.

Now, it could be that VAERS captures a larger share of the injures than the Paul Ehrlich Institute in Germany, but it is interesting to note that a study conducted by Steve Kirsch and Dr. Jessica Rose last year estimated an underreporting factor of 41 with VAERS, which would be right in line with the German estimate. Either way, if the number of severely injured is anywhere close to what several disparate data points are indicating from around the world, this is a public policy calamity of epic proportions.

Where is the urgent effort on the part of our government to track and monitor vaccine injury from the product the government forced upon the people? According to a recent FOIA document obtained by Vice, the CDC paid a controversial data broker $420,000 last year for access to a year of Americans' "anonymized" cell phone location data. They tracked how often people visited vaccination sites, as well as lockdown compliance, such as how often they visited "parks, gyms, or weight management businesses."

Imagine if they used such technology to track and surveil vaccine injury or to track how often people are visiting websites for information about treatment of heart ailments or vertigo.


The data points we already have are too blatant to ignore. The only question is whether it's even worse than we think. Here are four more recent discoveries to consider:

1) A study out of Cyprus published in Cureus titled, "Mortality in Cyprus Over the Period 2016-2021" observed a 9.7% increase in all-cause mortality in Cyprus in 2021 compared to 2020, and 16.5% compared to the mean mortality of the previous five years. The pattern developed mainly in the third and fourth quarters of last year, perfectly aligning with the timing of the vaccine surge in the Mediterranean island.

This is a pattern developing with all-cause mortality and cardiac injury/mortality studies around the world - that we are seeing many more deaths in 2021 than 2020 and correlating more with the take-up of the vaccine by time and age group, not with the prevalence and severity of COVID cases.

The study concludes that most of the substantial increase in mortality in Cyprus in 2021 is not explained by COVID-19 deaths and is "parallel to the concurrent vaccination campaign." This should be "comprehensively investigated by the National and European public health authorities to identify and address the underlying causes," add the authors from Cyprus and Denmark.

Most people in Cyprus were not vaccinated until the second half of 2021. And indeed the study seems to show that the entirety of the excess deaths in 2020 and the first two quarters of 2021 over the previous four years are fully explained by the sum of the recorded COVID deaths. That is not the case in the latter two quarters of 2021, when more than half of the excess deaths were not explained by the total COVID deaths. Moreover,

2) MIT and Israeli researchers studied the trend of cardiac-related ambulance calls in Israel in 2019 (pre-COVID) and compared them to the same time frame in 2020 (COVID but pre-vaccine) and 2021 (COVID with vaccine). The study found that COVID shots were "significantly associated" with a 25% increase in emergency medical services for both cardiac arrest (CA) and acute coronary syndrome (ACS) in 16- to 39-year-olds in Israel from January to May 2021.

Both the fact that they were able to use 2020 as a control and the fact that the January increase "seems to track closely the administration of 2nd dose vaccines" makes a credible case that COVID cannot be the culprit behind most of the increase. The data is also very reliable because Israel has only one ambulance service in the entire country, which provided the researchers with uniform data. Countries like Australia are also reporting sudden heart attacks and a crisis for EMS availability and waiting times, with "historic" demand for emergency services.
3) There has been a 28% increase in deaths in Iceland for the first quarter of this year over the previous five-year average. Only about a third of those excess deaths can be attributed to COVID, and the timing coincides with a sharp increase in boosters. Also, as we are witnessing in numerous other countries that barely had any COVID deaths until everyone was triple-vaxxed, we shouldn't be seeing this amount of COVID death either if the shots really worked. Likewise, Australia experienced a 22% increase in deaths in January of this year, well beyond anything during the pre-vaccination part of the pandemic.

4) A recent preprint Danish study in the prestigious Lancet, which followed the all-cause mortality of the Pfizer and Moderna trial participants, found absolutely no all-cause mortality benefit from the two mRNA shots. In addition, researchers discovered an increase in heart-related deaths among those who took the shots over the placebo. One of the authors noted that "there is an overweight of cardiovascular deaths in the Pfizer group," which is "a potential danger signal that warrants further scrutinisation."

Professor Christine Stabell-Benn from the University of Southern Denmark in an interview with Unherd, said:

"I think there are danger signals in relation to cardiovascular deaths and diseases. We know that now with certainty for the mRNA vaccines with respect to myocarditis and pericarditis. But also anecdotally, I would say there are reports of cardiovascular deaths which I think deserve further scrutinisation. This is just a piece in the puzzle, but it adds to the evidence that suggests this is something which should be investigated further for the mRNA vaccines."

This last point is critical. It's not any one data point that stands out, but the preponderance of evidence across time and across the world that seems to paint a very clear picture of safety concerns. Pfizer has already earned more than five times the amount raked in by ExxonMobile for the first quarter of this year - all built upon global governments endorsing, marketing, distributing, and mandating this untested product. If the current information is not enough to pause these shots, then I shudder to think of what comes next.